Victory of the Whale 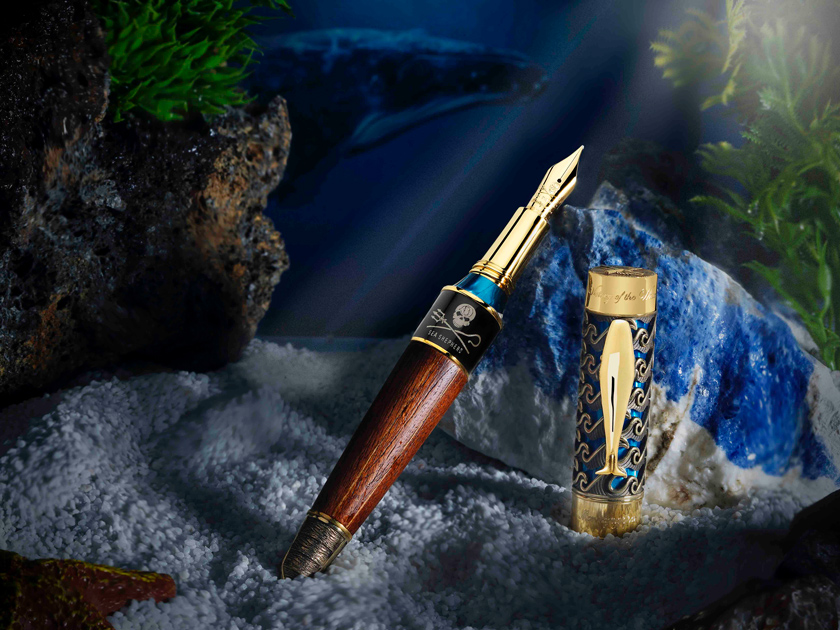 The loss of a ship is never cause for celebration, but the sinking of Essex on 20 November 1820 was a landmark moment of natural justice. Two centuries later, Sea Shepherd and Montegrappa mark her remarkable sinking with a design soaked in resolve, intrigue, and repurposed bronze.

The crew aboard Essex must have thought their luck was finally in when they spotted a pod of whales a thousand miles west of Galápagos. But 20 November 1820 was destined to be the whaler’s last day at sea. Fifteen fruitless months after sailing out of Nantucket, two furious blows from a sperm whale bull’s mighty head dispatched Essex to the Pacific floor.

Their escape was fortuitous – at least until the cannibalism started. When the crew finally made land, nine men had been lost. The incident made global headlines in its day – and would go on to inspire Herman Melville’s Moby-Dick. But for most, the fate of Essex has largely faded from view. 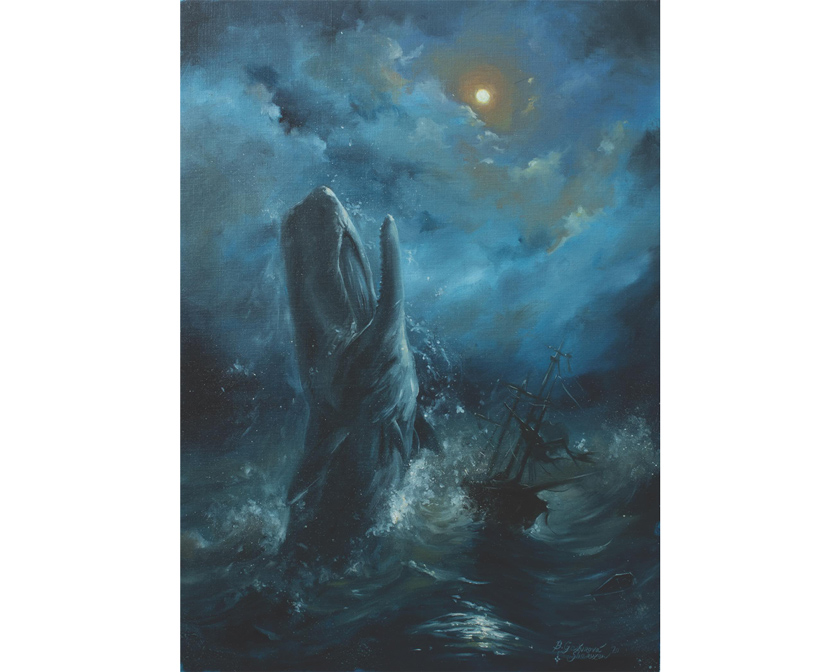 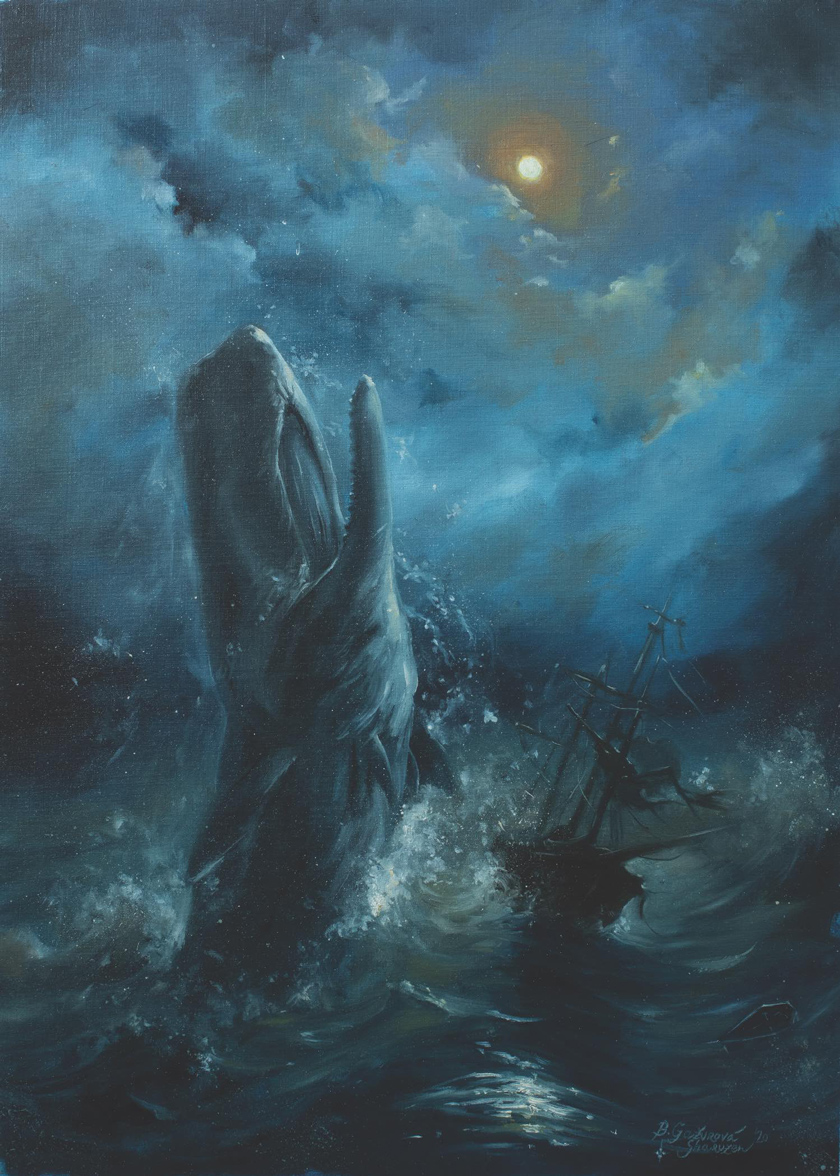 Not so for Sea Shepherd. More than two hundred years after the Essex incident, man and whale remain engaged in a fatally lopsided struggle. Over four decades, the direct-action conservation group has often found itself cast as a lone, raging bull in vast oceans infested with illegal fishing.

Their countless daring raids on shipping fleets have done much to expose the audacity and scale of marine destruction, but Sea Shepherd’s ‘coercive conservation’ tactics have often divided opinion. For Montegrappa, their vigilante brand of activism deserves admiration.

Quite plainly, these are mavericks in the noblest tradition.

As a manufacture with traces of Ernest Hemingway in its DNA, stories like the sinking of Essex are a wellspring of artisanal creativity. Maritime legend runs deep in the Montegrappa Vault, where stand-out archive editions include Amerigo Vespucci (2001) and Pirates (2016). With this kind of pedigree, the whaler’s story is perhaps one we were always destined to tell. 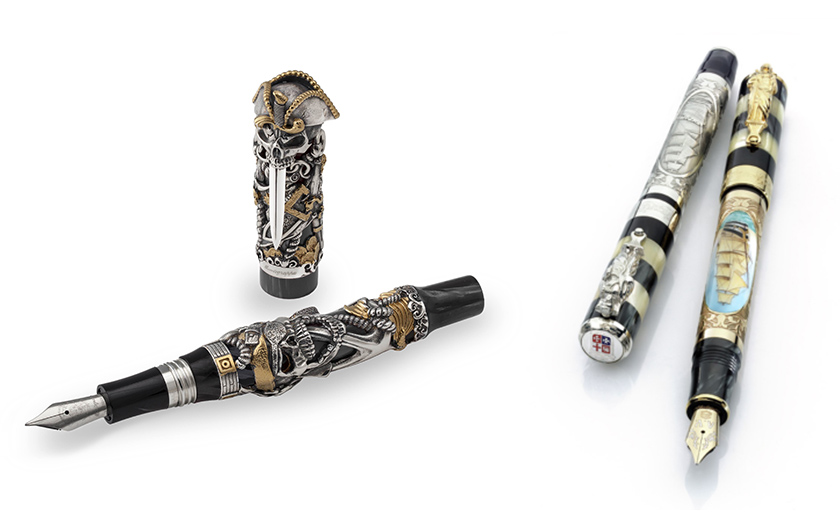 But as a platform for launching our partnership with Sea Shepherd, the premise of Essex’s demise was compelling. Completed in time for the bicentenary of her sinking, Victory of the Whale is the first luxury accessory ever made in collaboration with the ocean activists. It is thanks to their moral – and material – support that this Solidarity Edition delivers its message with substance as well as style.

Fed up with the charade of dishonoured treaties and toothless protest, the Canadian activist took matters into his own hands in 1979, when he used his first ship to ram the Sierra in Lisbon Harbour.

Rather than compensating the whaler’s owners by forfeiting his own boat, Watson scuttled it.

Since his re-enactment of the Essex incident, Watson has built a navy comprising ten vessels, crewed by thousands of young volunteer ‘shepherds’ recruited from all over the world.

Sailing under a rejigged Jolly Roger, their missions all strike at a single goal: to defend, conserve and protect our oceans and marine wildlife.

Some label them ‘eco-pirates’ but Watson remains adamant that direct action is the only available option when national naval patrols cannot – or will not – enforce laws.

Significantly, more than forty years of hard-nosed campaigning have not resulted in a single injury or loss of life. 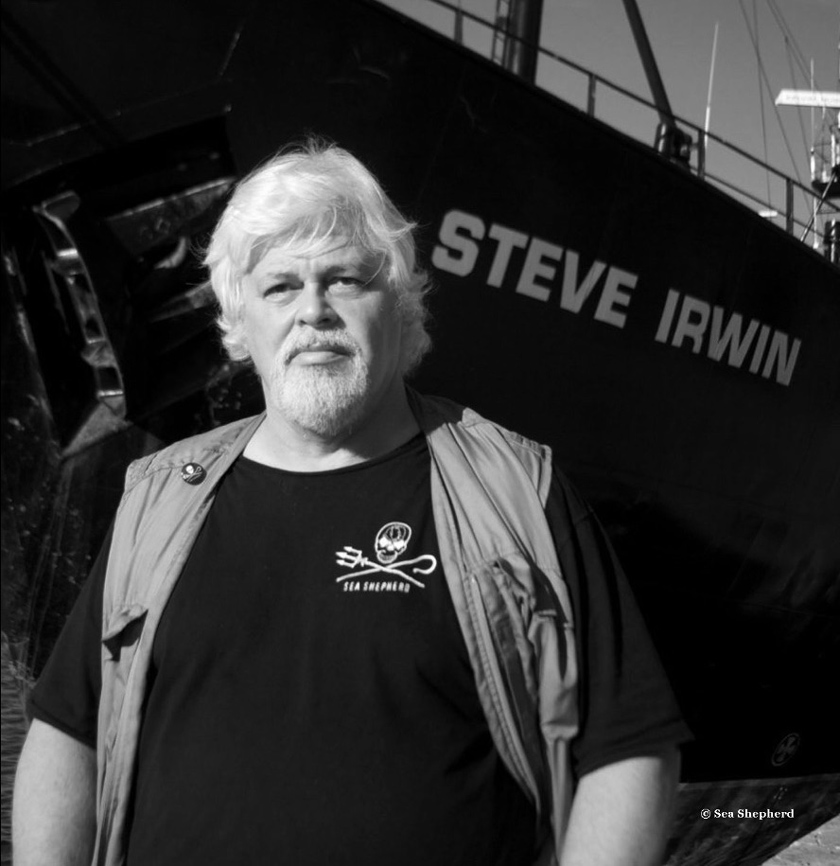 From the Ocean, For the Ocean: the considered creation of Victory of the Whale

The 59-metre (195 ft) M/Y Steve Irwin served as Sea Shepherd’s flagship until 2018. When she was purchased in 2006, the patrol boat had already spent thirty years at sea, but her ability to keep pace with the Japanese whaling fleet’s swiftest vessels made her a vital strategic asset. Named after the famous TV conservationist, she led numerous Southern Ocean missions before her retirement.

Before departing for an Australian maritime museum, Sea Shepherd retained much of M/Y Steve Irwin’s inventory – including a bronze propeller aged by thousands of hours in Antarctic waters. Sections from its blades were melted down and shipped to Italy to pursue a more cosseted second life.

Montegrappa’s artisans reshaped the recovered material using the sculptor’s art of lost wax casting. The repurposed bronze used in Victory of the Whale’s gritty hardware reduces its impact on the environment, while giving owners a tactile link to years of front-line activism.

Lessons of the past highlight an emergency of the present

Alongside its precious cache of bronze, Sea Shepherd’s battle flag is seared into Victory of the Whale’s lower barrel segment. The group’s menacing logo was deliberately designed to underline the crisis confronting our oceans. In it, the traditional pirate’s crossbones are replaced by Neptune’s trident and a shepherd’s crook – symbols of an ethos of ‘aggressive non-violence’. 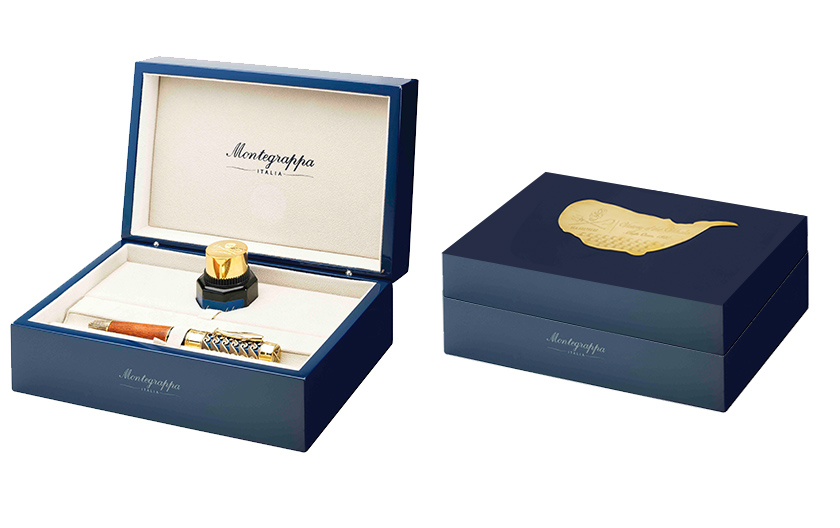 The silhouette’s design is both nostalgic and depictive – fronted by a custom, sperm-whale pocket-clip that signals respect and compassion for ocean life. Beneath, a torrent of raging waves cast from vintage bronze encircle a turquoise celluloid sea – Essex’s final resting place.

A handcrafted mahogany barrel references the whaler’s hull, with blind-cap detailing to evoke the carvel-plank lifeboats that carried her crew to safety. The bicentenary of the sinking is referenced in editions of two hundred fountain pens and rollerballs respectively – each moored in a deluxe, deep-blue lacquered chest. 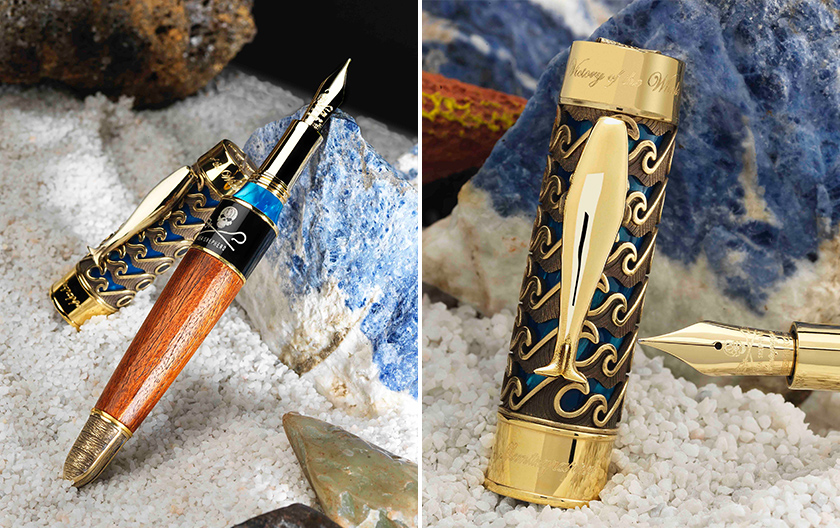 Two centuries since Essex’s sinking, Victory of the Whale uses her story to draw attention to man’s continued assault on ocean life, and provide tangible support for Sea Shepherd’s mission. Proceeds from the edition assist the organisation’s efforts to protect the Mediterranean from illegal fishing.

Mavericks and extravagant writing instruments have always gone well together. Like the vision of Captain Paul Watson, and the organisation he created, Victory of the Whale is bold and unconventional – because it must be. 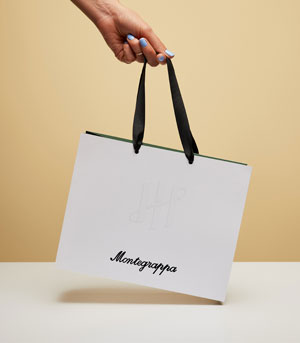