Writing history with the world’s favourite board game

We all know the scene...a group of friends or family members huddled around a table. At the centre is a true pop icon: Monopoly – the world’s best-selling board game. Produced in 111 countries, and translated into more than forty languages, Monopoly has come further than its creators could have ever imagined. In households across the globe, Monopoly has brought millions together and helped shape the popular understanding of real estate, economics and wealth.

In 2020, the property-trading game marked its 85th birthday – inspiring Montegrappa’s designers to elaborate the legacy of a pop-cultural treasure. Although Monopoly has existed in hundreds of guises over the years, its 1930s charm has remained a constant hallmark of style. For the maker of the world’s most exuberant pens, the opportunity to enrich this famous period aesthetic with luxurious, tycoon-esque flourishes was a tantalising one.

THE BIRTH OF MONOPOLY 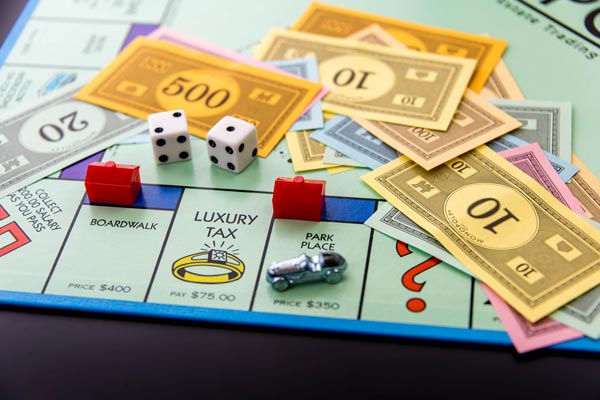 According to the official history from Hasbro – the game’s present-day owners – Monopoly was invented in 1933 by Charles B. Darrow, an unemployed radiator repairman. The Great Depression was in full swing, and Darrow had resorted to taking odd jobs like walking dogs when a chance invitation to play a real estate game would change his life.

In a classic American rags-to-riches story, Darrow would become history’s first millionaire game designer. His innovative instincts and entrepreneurship were key to Monopoly’s success, but shortly after selling his invention to Parker Brothers in 1935, it was discovered that several variations of the game had already been patented.

The most notable was perhaps the Landlord's Game, created by the single-tax activist, Elizabeth Magie. In 1903, Magie had developed many of the rules and features unique to Monopoly. 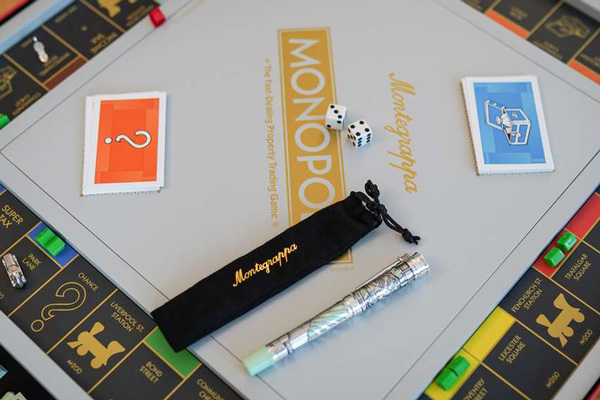 But unlike Darrow’s version, the Landlord’s Game aimed to highlight the injustices of the real estate market by demonstrating the inevitability of monopolies. Rather than risk a potentially expensive lawsuit, Parker Brothers elected to buy out Magie’s patent.

The financial burden didn’t weigh long: in its first year, Monopoly’s sales exceeded 250,000 copies. The next year they sold close to two million.

Fast-forward to today, where cumulative sales of Monopoly are now said to be approaching 300 million. It is estimated that more than a billion players enjoy the game – and countless special editions exist to overlap with all imaginable aspects of pop culture. There are versions inspired by movies, bands and comics - available in a wide range of formats. Cities still take pride from knowing that they merit their own local edition.

EVOLUTION OF AN ICON

Monopoly through the years

Italy’s first exposure to Monopoly came in 1936 when it was commercialised by Emilio Ceretti. Laws in the pre-war era prohibited the use of English names, and so “Monopòli” became Italianised, with locations based on the streets of Milan. Today, Italy boasts numerous special editions – most notably the limited-edition Monopoly Italia, the iconic Monopoly Pizza, and local versions for cities like Rome and Naples. In 2020, a limited-edition Monopoly Bergamo was released to raise funds for the pandemic-stricken city. Another popular version features Ms. Monopoly, and celebrates innovative women and entrepreneurs by replacing Mr Monopoly with a brilliant woman with a keen eye for business.

Eager to keep up with the times, Monopoly pivoted towards digital platforms in 2008 by making itself available to iPhone users. In 2009, a browser-based game – Monopoly City Streets – achieved breakout success thanks to a novel collaboration with Google Maps. 2016’s cashless Monopoly Ultimate Banking was both acclaimed and controversial. With the introduction of digital payments and a credit card reader, Darrow’s simple invention had been brought fully up-to-date.

Today's Monopoly challenges include Monopoly Live – a variant that lets players compete for real money by combining the excitement of a live casino with augmented reality. Yet although Monopoly has evolved exponentially over 85 years, the charms of the original classic gameboard remain. As a magnet for bringing people together to play, laugh and learn, few inventions have been more triumphant.

Montegrappa’s homage to the world’s favourite game is both lavish and affectionate. Via two exclusive, limited-edition designs, precious metals and creative craftsmanship add luxury to Monopoly’s timeless aesthetic. The Monopoly L.E. writing collection is steeped in tycoon style: a conversation-starter in all settings.

Both designs build on Monopoly’s art-deco architecture with the finesse and detail that has made Montegrappa a darling of connoisseurs and collectors. A deluxe wooden gameboard doubles as a presentation case, with gold-leaf accents and sterling-silver play tokens. Concealed compartments keep writing instrument and game accessories safe and ready to travel.

Seldom has rolling the dice been more glamorous! 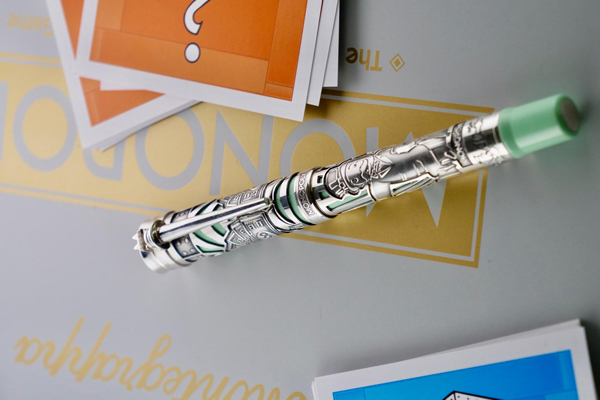 Monopoly’s charming mascot stars in a perforated, precious-metal tribute to the world’s favourite board game. Set against a core of vintage mint resin, editions of sterling silver and 18K gold are made in fountain pen and rollerball modes. A pocket clip inspired by Mr. Monopoly’s cane features a gem-encrusted ferrule. You only live once! 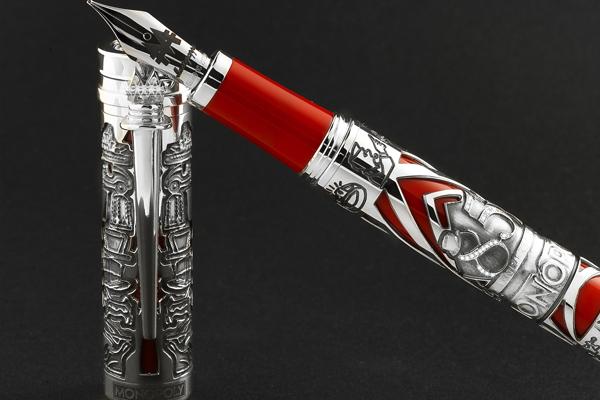 85 years of Monopoly are celebrated with gems and precious metals around a crimson red resin core. Fountain pen and rollerball editions of sterling silver and 18K gold feature a blank property card panel for owners to engrave their initials, and see their name alongside low-relief replicas of the game’s classic play tokens. Own it all!